Hello aspiring Architects! First of all i want to apologize for the late update, i know its not an excuse but ive been kind of busy these past weeks so i didnt have the time to announce winners in a way that seem'd good enough until today.

That being said December's theme seemed to be "too open", most people struggled a lot with what to build and that's understandable, its probably going to be the last one like this, on a different note i also have plans for the future of this event, starting 2021 strong with a changeup in the formula, straight forward building competitions will now only happen every 2 or 3 months, but the even will still be monthly, in case you're confused about what this means, it means Architects will have more things to do besides your designing builds as we will move into other themes and mechanics this year, the first one will be all about Parkours but that's for another Post to cover, you're here for the Building Winners! and the Declaration of new Architect.

First off we're doing the usual, Honorable Mentions! those who almost made it to the top 3 but couldnt make the cut, but being here also means you just need to push a little more to reach a podium place! so dont give up and keep building.

First off is a player that's no stranger to this Section, this time he made a UFO inspired build, ignore the floating houses in the back (Haha!) as they're not part of the build, its a solid diorama and the terraforming is good but its hard to appreciate a flying saucer in this scale which isnt exactly the creator's fault, you do what you can with the limitations of the competition, our first Honorable Mention is our 3rd Craftmine Champion Jesus! Second in our Honorary Mentions not only has been here before, he's also a previous winner of the Comp, this time he choose to do a more organic looking build, which is very risky as these type of structures are very difficult to pull off, but the result is very good, it also comes with some actual utility as its also a nether portal, however i can't help to feel that if you're actually planning on using it as such, its going to be a little annoying haha, its Icedragon_43's Nether Portal Tree! Now for the Big 3, the ones who battled it out at the top and to start off with this we have a first time podium finisher, when he submited his entry he said that to celebrate the end of the year he tried merging his two favorite places to visit, which were medieval heritages and coastal areas so the obvious outcome of this was a lighthouse that while simple in design, looks good and is well designed, my only wish was that he went a little bigger with it but nevertheless, its a good build! its Thalleous Scendaris Build! Second place is up next and we had some difficulty with the two remaining ones, both of them have won already so we will have a repeated winner! this is how you know you're dealing with the best of the best! in second place we have a Medieval Build, the Creator said this was his best style so he tried to capitalize on that and with a second place i think he certaintly did! there's a lot of attention to detail, i also applaud the use of banners which really dont get enough love, this could easily be the gateway into a city or castle, the shape is great but i have a few issues with it, the walls are only texturized in some places, other's are entirely made of one block, which is weird to me, it also lacks an interior which always takes away from a build like this, the use of certain blocks outside is very good tho, even to the point of using coal ores to texturize which is a nice touch, a well designed build, this is one you except from Builders such as CaesarisEstHodie! our Second Place! And for our grand finale! the big one! our first place belongs to this Architect! who once again brought his A game to the building comp, this time with a more Russian style build, very colorful, very well designed and with interiors that match the outside in terms of detailing, a very well rounded build, the only possible issue i can have with this is that the building's base structure is a little plain from the outside with classes with how detailed the rest of it is, however this could very well be a design choice, so accentuate, we will have to ask the Creator about it and see what this 3 time building competition winner has to say about it! Congratulations to Azamendar who takes the First Place home! 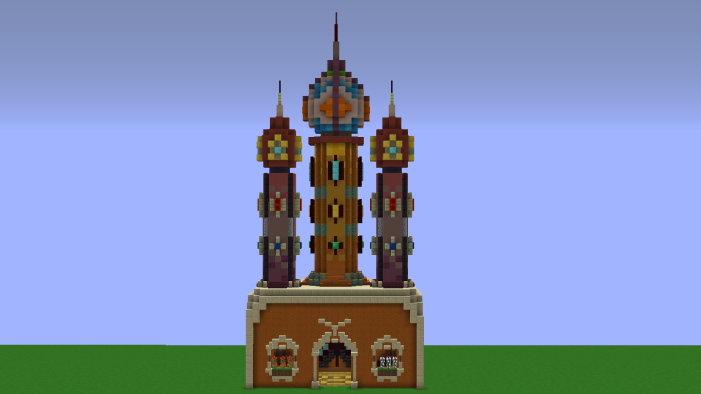 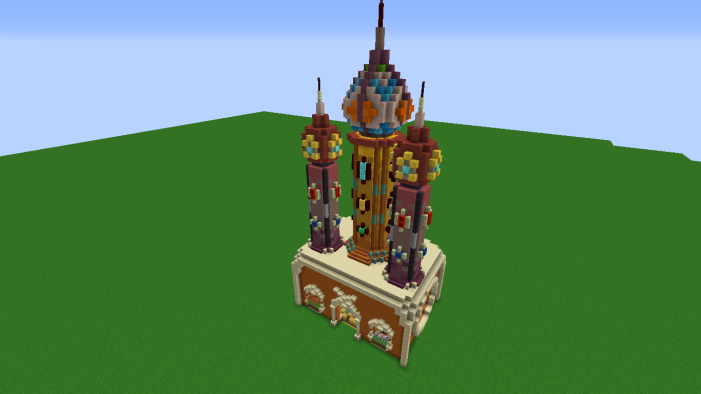 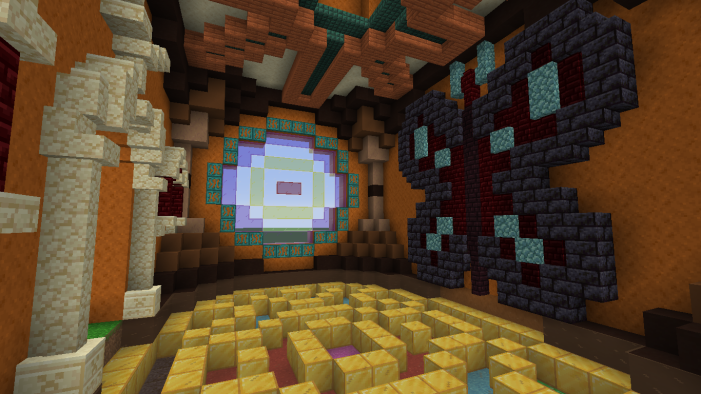 I also want to take this oportunity to thank everyone who has supported this idea of mine, there's a lot more player i wish they join in but its understandable that not everyone wants to or has the time to, but for those who do and help us keep the server a little more lively as a community, i really want to thank you and hope to see you take part in the future, keep building and have a Great 2021!